A guide to hinges

There is a multitude of hinge types that can be used for doors, windows, cabinets, boxes and generally anything that you need movement in. The choice of hinge is dependent on the weight of the pieces, the durability required, and the security needed. Here is a guide to some of the different hinge types available.

Butt hinges are the most common form of hinge. They tend to come in chrome, brass or steel and can have extra features such as washers, for extra durability. The standard butt hinge has three or four holes on each leaf and a fixed pin in the hinge barrel. There is also rising butt hinges which lifts the door upwards when it opens (ideal for sloping floors) and parliament hinges which has an extended leaf allowing the door to open fully.

These look and function similar to butt hinges, but table hinges are smaller and sit horizontal instead of vertical. Often used for folding tabletops. Counterflap catches are used on countertops, when you want the top to hinge upwards.

Tee or strap hinges are defined by their ‘T’ shape, elongated, and tapered at the end. They are often used on ledge-and-brace doors, or doors that need extra support such as sheds or gates. Hook and band hinges are similar in shape and perform in a similar way, but they are more suitable for heavier loads such as gates. They can also swing both ways.

These decorative hinges are used for more delicate or light work, such as cabinets or ornamental boxes. Butterfly hinges are so called because they are shaped in a way that resembles butterfly wings.

Flush hinges are so called because when closed the two leaves sit flush with each other. This can be useful when you don’t want to cut any recesses out of the wood as they are fastened directly. They are more suited to light-weight doors and cupboards.

Cabinet hinges have a specific design that allows a cupboard door edge to sit completely flush with the rest of the cabinet. They have a multi-adjustability and can soft-close. Often found in kitchens.

View our entire hinge range for many of the hinges mentioned plus special hinge styles such as screwless hinges, piano hinges and ornate hinges. 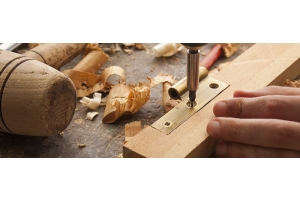 A guide to hinges 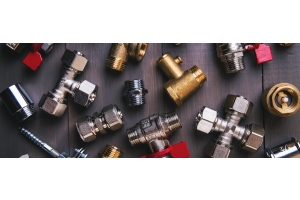 A guide to common pipe fittings 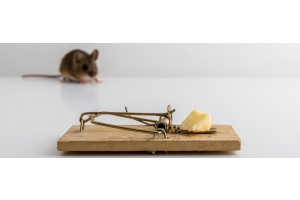 A Guide to Pest Control 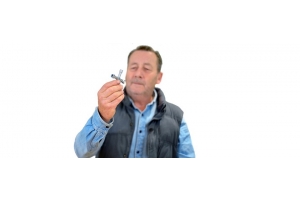 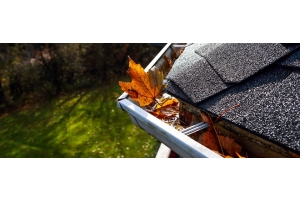